Shadow of the Colossus

Shadow of the Colossus is a contemporary ancient myth. It was made and remade recently, but echoes the eternity.
Read More

Maybe the hardest gallery I have ever made. I got inspiration from movie posters, romantic paintings, japanese illustrations, war photography, Giorgio De Chirico's distinctive art style, concept arts, graphic novels and metal prints. I shot hundreds of images, often redoing the same one dozens of times before either nailing it or finding the courage to trash it all. However, you won't find all of the colossi here, neither an exhaustive reportage on the Forbidden Land geography. Only 12 shots. Because in these 12 shots alone I can sharply recognize my beloved game, its imagery, highlights, drama and vertigo. Or at least how all of that resonated with me in years, since its first PS2 release shocked me in 2005. Shadow of the Colossus is a contemporary ancient myth to me. It was made (and remade) recently, but echoes the eternity.

As always on Vertical Gaming Photography, post-production for this gallery was very limited: I adjusted the contrast of three shots by a few points and corrected the perspective of another one by a handful of pixels. Details below.

BENT SUPPORT - The Italian surrealist painter Giorgio De Chirico has always been a clear inspiration for Fumito Ueda's games concept and cover arts. Vivid yellows and milder browns dominate his works where the Italian architecture is often present in the form of long series of arches. The bridge to the Sanctuary, combined with the sand of the Forbidden Land desert, gave me the perfect opportunity for a shot reminiscent of De Chirico's distinctive art style. Arches and Wander's horse petting animation allowed me to elaborate on the concept that sometimes, to hold something or somebody up, you need to bend over.

TIDAL WAVE - I definitely wanted the second Colossus to have a place in my gallery. Not for specific design reasons, but because it's got something no other colossus has: the sea. I spent so many sessions luring the beast to the shore, timing the incoming waves and the erratic sunlight, and above all trying to match Agro and Quadratus' animations to look like natural action and reaction. This shot had to be dramatic, so I set the Photo Mode to emulate the hues and contrast of romantic painters like Théodore Géricault and William Turner. I wanted not only the horned beast, but also the sky, water and light to look threatening and powerful and dark and chaotic. Shadow of the Colossus is not about killing big things, it's about defying Nature itself and coping with it when it strikes back.

SWORDWAY TO HEAVEN - I've always thought Colossus 3, Gaius, is Shadow of the Colossus. The whole game concept is already fully developed in this fight. Scale, disproportion, vertigo, puzzle solving. It's all there. The moment you realize you really have to run up that huge sword is mind blowing, especially in 2005. It's like David "parkouring" Goliath. My gallery could not do without this moment. It took me days to capture it under a light that could make it feel like a solemn ascension.

SUSPENDED BRIDGE -Falling is a powerful theme in Shadow of the Colossus. Wander is no hero, let alone a superhero. His mission is crazy, and he's going to get hurt. So, unlike the epicness of Swordway to Heaven, I designed this shot to reflect the madness of an ant trying to ride a living earthquake.

HAMMER TO FALL - The composition of this shot is identical to NOT ALONE IN THE DARK: same kind of stomping attack, similar character reaction, same exact camera angle. However, the tone is different: gritty, grainy, war-like. I wanted the sword collision to the ground to look like a bomb explosion on a WWI battlefield. But the main reason I was so determined to get this image, that kept me trying even after countless failed attempts, was the seemingly angry face of the Colossus at the end of this attack. The hardest part was capturing a suitable animation frame of Wander, who was either shot to death when left too close to the impact area or anticlimactically unaffected if kept too far. Gaius is such a powerful subject; I could dedicate a whole gallery only to this Colossus.

THE SKYWARD SWORD - I think battles against flying Colossi are the most spectacular in the game. However, their stretched builds make it hard to sum up the whole fight experience in just one shot, as you easily end up framing Wander piercing an apparently random body part, totally unrepresentative of the whole creature design. So, as this is among the very few battles where Agro is both involved and required, I chose to use the beaming sword as a connection between rider on earth and Colossus in the sky, putting all three subjects in one picture. WAR OF THE HORSES When Shadow of the Colossus remake was released in 2018, I spent hours trying to take a captivating shot of this fight. And I failed. So it was with mixed feelings that I approached the same fight this early year. On one hand I was aware the narrow spaces, scarce light and limited moveset of the creature had limited visual potential. On the other hand, I knew this time I had a fitting concept, i.e. getting both horses prancing against each other. To my surprise, I got away with this shot after only a few minutes, as soon as I realized that I could use the mounds to trigger the fitting animation. I didn't even go for a second take, I immediately knew this was it. Lucky me.

ALONE IN THE DARK - Colossus Barba's most distinctive trait is of course his thick beard. However, any attempt to capture Wanderer climbing it produced an unlikely view on a small man surfing a fur fall. So I chose to focus on Barba's strenghts rather than his weak point. The result is the only black and white shot in the gallery, relying on sharp contrast to evoke the thrill of a raging giant going wild in a small and gloomy place.

PARTNERS IN CRIME - The Sanctuary is the heart and hub of the Forbidden Land. Its Babylon Tower-like height remains visible from the furthest corners of the region. Though it's where the mysterious godly being known as Dormin reveals himself, the temple is first and foremost a constant reminder of the reason Wanderer is hunting the Colossi for, a dead young woman named Mono. After experimenting with lazy centred perspectives of the inside and unsatisfying views of the temple from afar, I went for this stylized shot to combine the distintive arches of the Sanctuary with the lying girl and a game of looks between Wander and Agro, ready for an unholy adventure.

SIX FEET OVER - This is a remake. I mean the shot, not the game. The original was taken in 2018, then becoming a canvas print I posted on here, too. Now that my control over this Photo Mode has improved, I was able to capture the fully stylized bicolor shot I had in my mind since the very beginning, with no need of post-production. Shadow of the Colossus' story revolves around this young dead woman, who should already be buried, but lies instead on an altar some meters above the ground level. That suggested me to use the black negative space with a meaning. Dead people should have darkness above too, not just below. As a virtual photographer, my main worry when I take a portrait is to go beyond the assets and let some truth about that character emerge. Well, all we know about Mono is that she's beautiful, loved, dead, and in the wrong place. 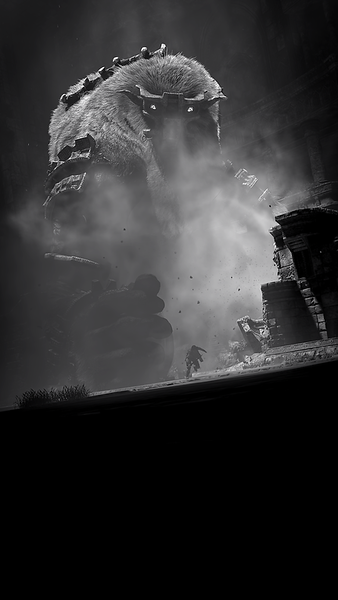 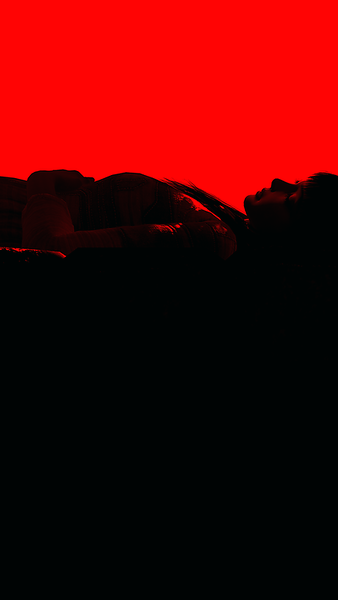